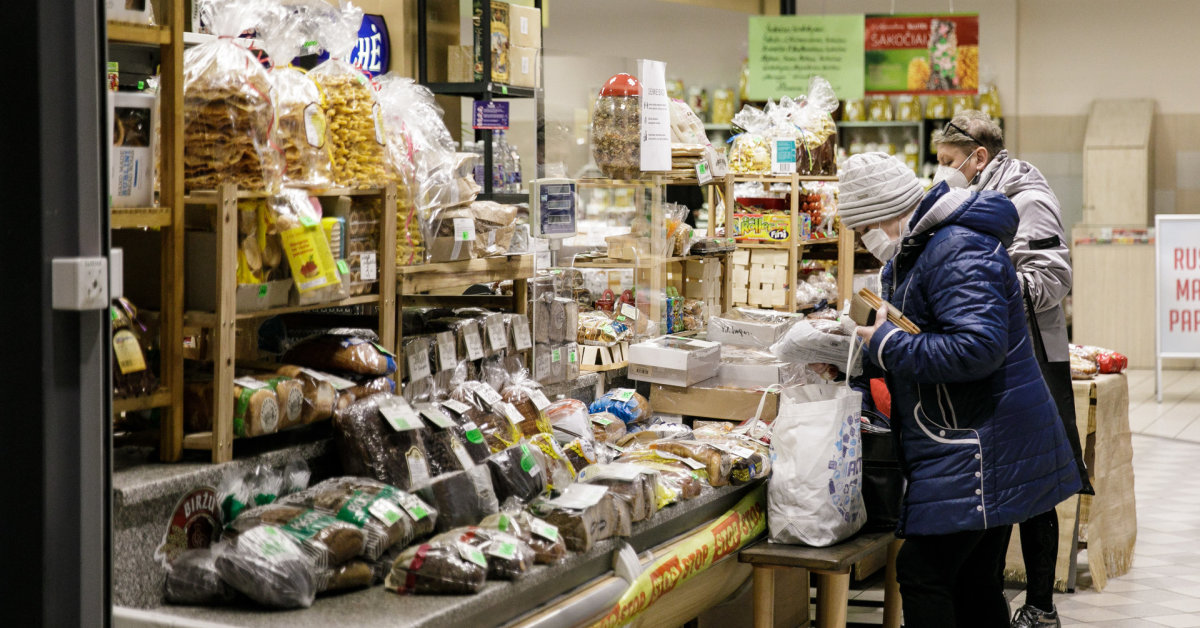 Ernesta Dapkienė, Director of Maxima’s Communication and Image Department 15min commented that queues were waiting to be seen at stores near Friday.

True, not all visitors accepted the new restrictions calmly. E.Dapkienė regretted that despite the fact that most buyers behave responsibly, conflicts occur.

“As soon as this order of the Government came into force, on Friday one of the stores in Šiauliai, a buyer, unwilling to pick up a shopping cart, with the help of which we regulate flows, hit our security guard when he left. We regret the situation when the employees who perform their work and ensure the requirements of the Government suffer, ”commented E. Dapkienė.

On Friday, in one of the Šiauliai stores, a buyer, unwilling to pick up a shopping cart, with the help of which we regulate flows, hit our security guard when he left.

She said that in the opinion of the retail chain, the requirement to provide one buyer for 30 sq. M. meters is redundant, although it is understood that the best solutions need to be found in the event of a pandemic.

Vaida Budrienė, the communication manager of the Iki retail chain, thinks that it is too early to draw any conclusions, but she also noticed that in some stores people may have had to wait due to traffic restrictions.

“Due to the regulation of flows, our customers had to wait a bit while we were serving in those stores that are located near schools, universities, offices, as well as on Friday night. Because, of course, during rest breaks, during lunch, as well as just before the weekend, there is a greater flow of customers. ” 15min commented Vaida Budrienė, Communications Manager of the Iki retail chain.

She assured that efforts were made to serve people as quickly as possible, so there were no major conflicts. “There have been only isolated cases where customers have expressed resentment to our staff about the restrictions. To the best of my knowledge, there were no major disagreements, “said the interlocutor.

Last week (flow regulation was introduced on Friday) compared to the previous one, the trend, according to V.Budrienė, remained the same – the turnover of stores where the opportunity passport is needed fell, but the shopping cart grew by more than 12 percent. “This means that people go to the store where the opportunity passport is checked less often, but buy more. Meanwhile, where the passport is not checked in stores, but flows have been regulated since last Friday, turnover has grown by about 15 percent. It is too early to draw conclusions as to the requirement to secure 30 sq. M. meters area per buyer will respond to the company’s results “, – V.Budrienė is convinced.

A Maxima spokeswoman also noted that during these three days of space restrictions, shopping baskets in almost all smaller chain stores grew even more.

Some retailers commented that they did not notice any exceptional trends over the weekend. Gabrielė Šerėnienė, Rimi’s communication manager, said that there were small queues at some stores, but they moved quickly and did not cause any major inconvenience to customers. There were units of cases where customer comments were received.

Darius Ryliškis, a representative of Norfos mažmena, also pointed out that no queues were noticed, and wider conclusions could be drawn a week after the restrictions were introduced. What are the trends in service stations that have also not been bypassed by the new restriction? Vytautas Bacevičius, the retail director of the Viada LT gas station network, claimed that the area restrictions that have come into force cause inconvenience, as often the customer has to wait outside the door.

“In response to the queues, we plan to use a mixed service method at some gas stations. Inside, we will serve customers only with an opportunity passport, and for those who do not have it, we will offer to pay through the box, with a mobile app or choose another, nearby Viada gas station, where the opportunity passport will not be checked, ”V. Bacevičius pointed out. 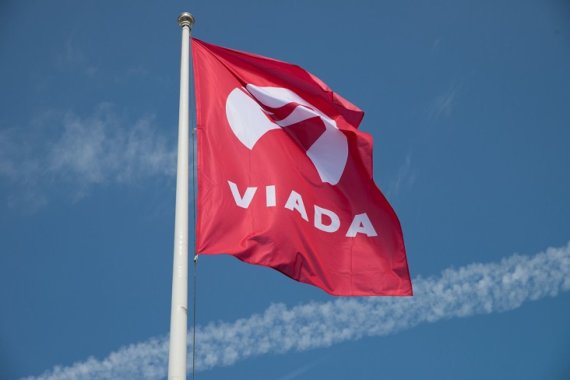 Viada gas station in Kaunas has been renovated

The restrictions, he said, did not have a significant impact on fuel purchases, but the emerging queue at the store’s door affected the decline in coffee and hot food sales.

“Customers tried to buy only the most necessary goods and leave the queue to another customer as soon as possible,” said the interlocutor.

He said some customers were dissatisfied, loudly expressed outrage, complained about having to wait outside in inclement weather. Others were happy that everyone was served at the gas station, whether or not they had a passport.

According to a representative of the gas station network, Viada supports the government’s efforts to stop the spread of coronavirus, but considering that the vast majority of food customers take no more than 5-7 minutes at the gas station, such space limits per customer are significantly excessive.

We don’t share anything for nothing to be in line. There are so many gas stations that there are no congestions or gatherings.

However, not all gas station networks monitor increased flows. Jozita manager Jonas Jokubauskis said that there are no queues at the gas station.

“It simply came to our notice then. There are so many petrol stations that there are no congestions or congestions “, 15min said J. Jokubauskis.

According to him, the new order will affect turnover, but “you will do nothing”.

Pharmacies do not escape the queues either – according to Aušra Rubė, the director of Eurovaistinė, small queues are formed during the day at pharmacies near medical institutions and small supermarkets, where you can enter without a passport – here customers may have to wait a bit.

She said some customers had questions about the new order on Friday.

“It was not always clear to them what order they would be able to visit in the pharmacy, they were often asked about it by the pharmacists themselves. So far, it is difficult to assess how these restrictions will affect customers’ habits, pharmacists share that some customers feared the restrictions came before they came into force, “A. Rubė pointed out. “On Friday, many customers did not know about the changes, did not understand why there is only one person in the pharmacy, although there are two or three cash registers, but they cannot get inside. By limiting the flow of customers in the pharmacy, the pace of service decreases two to three times, so people have to wait, ”said A.Budrikienė in a report distributed on Monday.

She reiterated that this restriction is excessive and the requirement to secure 15 sq. M. meters per buyer would be sufficient.

“Our customers go straight to the checkout, where the pharmacist is waiting, they do not walk around the pharmacy, as, say, a grocery or clothing store, so the distances between people are maintained, between the pharmacist and the patient – protective shields, in the pharmacy, of course, must wear a mask. “, – confirmed A.Budrikienė.