Dozens of Tourists Killed in Pakistan Due to Extreme Cold Weather 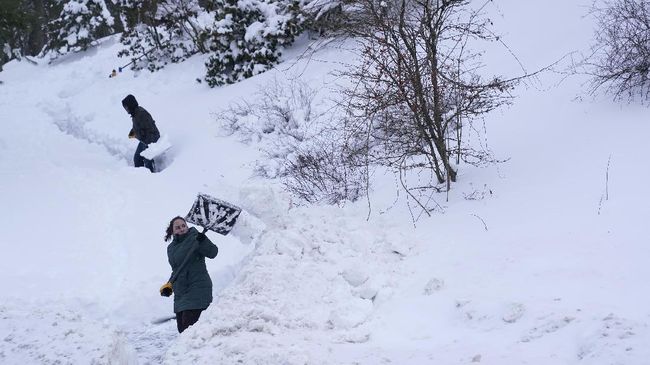 Dozens of tourists have died from extreme cold while trapped in their vehicles while enjoying the snow in the Murree Hills of northern Pakistan. As of Saturday (8/1), there are still around 1,000 vehicles stuck in Murree Hill.

Under these conditions, the local government designated Bukit Murree as a disaster-prone area.

“For the first time in 15 to 20 years a number of tourists flocked to Murree which ended up creating a major crisis,” said Interior Minister Sheikh Rashid Ahmed, citing Reuters (8/1).

He said about 1,000 cars were still stuck in the area around the hill. Local authorities confirmed that at least 16 to 19 tourists died in their cars.

Rashid said soldiers and paramilitaries had been deployed in the operation to rescue the tourists.

Earlier, on Friday evening, the Pakistani government announced the closure of all roads leading to the hills to prevent more tourists from arriving.

The Prime Minister of Pakistan, Imran Khan, conveyed his condolences over the incident. He assured that the government would investigate the incident.

“It has ordered research and implemented strict rules to ensure the prevention of such tragedies from recurring,” Imran said.

Meanwhile, Pakistani Information Minister Fawad Chaudhry urged the public not to visit Murree Hill for a while.

Previously, snowfall since Tuesday night made tourists interested in visiting the area. The boom in tourists made many of them end up stranded on the streets.

“Was the death caused by the flu or carbon monoxide poisoning?” said Infectious Disease Researcher at the University of Maryland, Dr. Faheem Yonus in his tweet.

“CO is odorless, lethal if a dead car is buried in snow, a clogged exhaust can quickly kill passengers when they inhale CO.”

Until now, local authorities have not been able to confirm the cause of death of the tourists.