The positive trend continues: Revenues from apartment sales rise to over 36 billion euros

– Rising prices lead to higher sales despite declining sales – Berlin continues to be the location with the highest sales – East German cities are gaining ground: Leipzig cracks sales volume of one billion euros – Average apartment price is 225,242 euros, in the top 7 it is 429,007 euros

Berlin, October 7, 2021 – Revenue from apartment sales increased 2020, at the same time the number of condominiums sold was slightly lower than in the previous year. That is the result of the ACCENTRO Home Ownership Report 2021 by ACCENTRO Real Estate AG in cooperation with the Institut der deutschen Wirtschaft (IW). As part of a special evaluation, the team led by Prof. Dr. Michael Voigtländer also the estimated costs of the energetic measures in order to achieve the climate goals of the federal government in the building stock.

The residential property report is being published for the 14th time and is the only German publication that bundles and interprets the data from the expert committees on all condominium transactions in all major German cities. The report differs from similar publications, which are mostly based on expert assessments or the evaluation of offer data.

In 2020, sales increased by 3.3 percent to a total of 36.027 billion euros. This positive development is due to rising sales prices. The sales increases fell most in Jena (+69.3%) and in Osnabrück (+65%). the end. The medium-sized towns of Oldenburg, Heidelberg and Remscheid complete the top 5 of the highest sales increases. Overall, sales increased in 2020 in 55 of the 81 cities examined.

“Medium-sized cities in particular attract capital investors. In addition to the good economic framework conditions, the lower entry prices and multipliers than there are in the top 7 are decisive,” explains Lars Schriewer, CEO of ACCENTRO Real Estate AG. “This development has been evident since 2010.”

The top 10 cities with the strongest increases in sales since 2010 include not a single metropolis, but many eastern medium-sized cities such as Halle (Saale), Chemnitz, Gera or Rostock.

A slight increase in transactions was observed in 30 cities. This concentrated mainly on East German cities. In absolute terms, the largest increase was in Leipzig (+702 sales) to 5,217 transactions, followed by Chemnitz (+228).

“This year’s ACCENTRO residential property report underlines the stability of the German housing market. There was no corona shock – it is noticeable that the number of cities in which more than 1,000 apartments have been sold has remained almost unchanged at 33 despite the general decline in sales This is certainly related to the increased importance of living. It was during the lockdown that many people realized how important a beautiful and spacious home is, “explains Prof. Dr. Michael Voigtländer, Head of the Competence Field Financial Markets and Real Estate Markets at the IW, who was again responsible for data collection this year.

“The rising prices for residential property were able to more than compensate for the slight decline in apartment sales. For owners, 2020 was characterized by rising rents and sales prices,” adds Lars Schriewer.

Berlin continues to have a strong overall volume

In contrast to other rankings in the report, the top 7 cities lead the way in terms of number of sales. Despite the strong percentage decline (-11.0%), Berlin continues to have the most sales. With a turnover of 6.03 billion euros, the federal capital not only made up the largest turnover, but also almost a sixth of the nationwide total volume. In the previous year, Munich was able to reduce the gap to first place. While it was 16.6 percent in 2019, sales growth in Munich was significantly lower at 2.9 percent last year. The total turnover rose to 5.71 billion euros, which further shortens the distance to Berlin. Overall, sales in all 81 cities continued to grow. The total value of the condominiums traded amounts to more than 36 billion euros. This corresponds to an increase of over 3.3 percent.

In 2020, a total of 24,669 new buildings were sold, most of them in Berlin (3,378), Munich (2,720) and Hamburg (1,479). In a year-on-year comparison, this corresponds to a decrease of 9 percent. In Berlin, the decline was particularly strong at -26.7 percent. This coincides with the long-term decreasing trend in the top 7 cities. “Especially in the metropolises there is a lack of building land and bureaucratic hurdles slow down the construction process. Thanks to the influx, however, demand is still high,” explains Lars Schriewer.

In 2020, a total of 9,600 apartments were sold in the metropolises – in 2015 there were more than 15,000 in these locations. But the number of new home sales has not declined everywhere. An increase was found in 35 of the 81 cities examined. Oldenburg shows the greatest growth with an increase of 236 sales, followed by Münster (+224), Heidelberg (+144) and Ludwigshafen (+128). The eastern German cities are particularly popular with new builders, which is underlined by a look at the sales per 1,000 inhabitants. While Chemnitz was still third in 2019, the city tops the list this year with 8.64 transactions per 1,000 inhabitants, followed by Leipzig (8.62). Munich was the only metropolis to make it into the top 10 with 6.62 sales per 1,000 inhabitants.

“Despite the declining total number of sales, sales increased further in 2020. This was particularly evident in medium-sized towns and the surrounding areas of metropolitan areas. The top 7 still stand out because they each have sales of more than one billion euros This year, Leipzig also made it into this exclusive club for the first time, establishing the city as an investment location, “explains Lars Schriewer.

1.3 trillion euros of investment required by 2050 – a shortage of skilled workers slows down energy-efficient renovations

As part of its climate protection plans, the federal government is also making the building sector more responsible. On the way to a climate-neutral building stock in 2050, a target of 70 million tonnes of CO2 equivalent has been set for 2030. In 2020 the output was 118 million tons. The IW estimates the costs for investments in the necessary energetic measures to be over 500 billion euros by 2050. Additional investments in maintenance and quality of the inventory require a total investment volume of 1.3 trillion euros by 2050, which corresponds to around 43 billion euros annually . So far, only around 40 percent of the necessary sum has been invested.

“The industry is already moving in the direction of increased energy efficiency. In view of the increased demands on climate protection in the building sector, the pressure to take action here will increase,” explains Prof. Dr. Michael Voigtländer.

“Enormous sums of money must be invested by the real estate industry and society in order to achieve the climate targets in the building sector. The shortage of skilled workers also blocks the necessary energy measures in many places,” adds Lars Schriewer.

Via the ACCENTRO home ownership report

ACCENTRO Real Estate AG has published the home ownership report for the 14th time. This year, the home ownership report was again produced in cooperation with the German Economic Institute. The analysis is based on the residential property transactions in the 2020 reporting year in all 81 major German cities. By making use of the data from the expert committees, the report differs significantly from similar publications, which are mostly based on expert assessments or the evaluation of offer data. The report consists of two different parts. While the first part compares the housing markets using different criteria, the second part consists of detailed market data for all 81 cities. The results of the ACCENTRO home ownership report on the seven most populous cities in Germany and the developments over the past twelve years are also available online and can be selected individually: https://www.accentro.de/wohneigentumsreport

ACCENTRO Real Estate AG is a residential investor and market leader in residential property privatization in Germany. As of December 31, 2020, the property portfolio comprised around 5,200 units. In addition to Berlin, the regional focal points include important East German cities and metropolitan areas as well as the Rhine-Ruhr metropolitan region and Bavaria. ACCENTRO’s business activity comprises four core areas. This includes the tenant-oriented sale of apartments to owner-occupiers and private investors, the sale of real estate portfolios to institutional investors, the development and management of your own real estate portfolio and the marketing of apartments for owners, investors and project developers. The shares of ACCENTRO Real Estate AG are listed in the Prime Standard of the Frankfurt Stock Exchange (WKN: A0KFKB, ISIN: DE000A0KFKB3). www.accentro.ag

07.10.2021 Publication of a Corporate News / Financial News, transmitted by DGAP – a service of EQS Group AG.
The issuer is responsible for the content of the announcement. 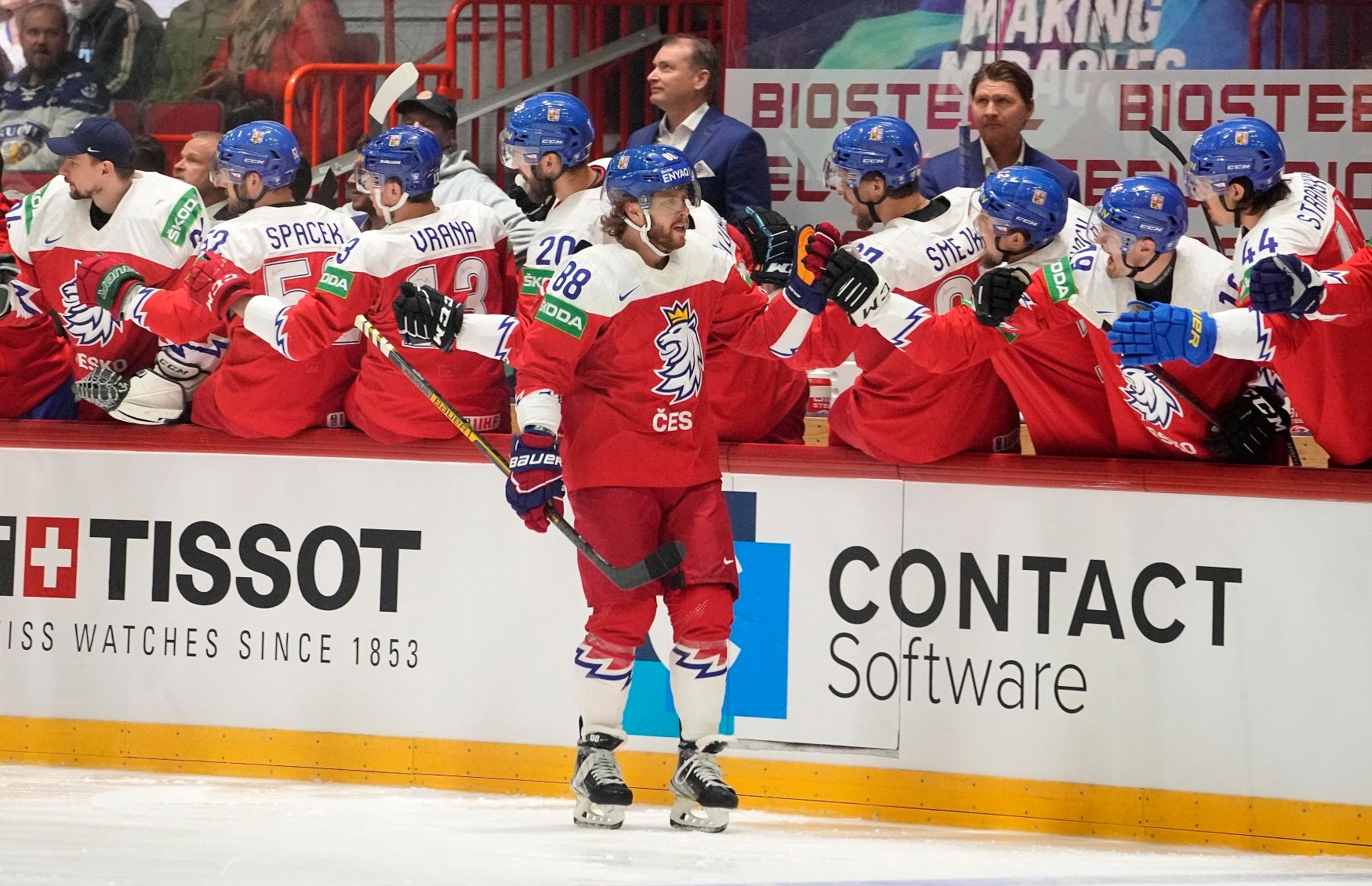