Desired price increased eightfold! SO MUCH MONEY for a piece of tin – THAT’S why it’s so valuable 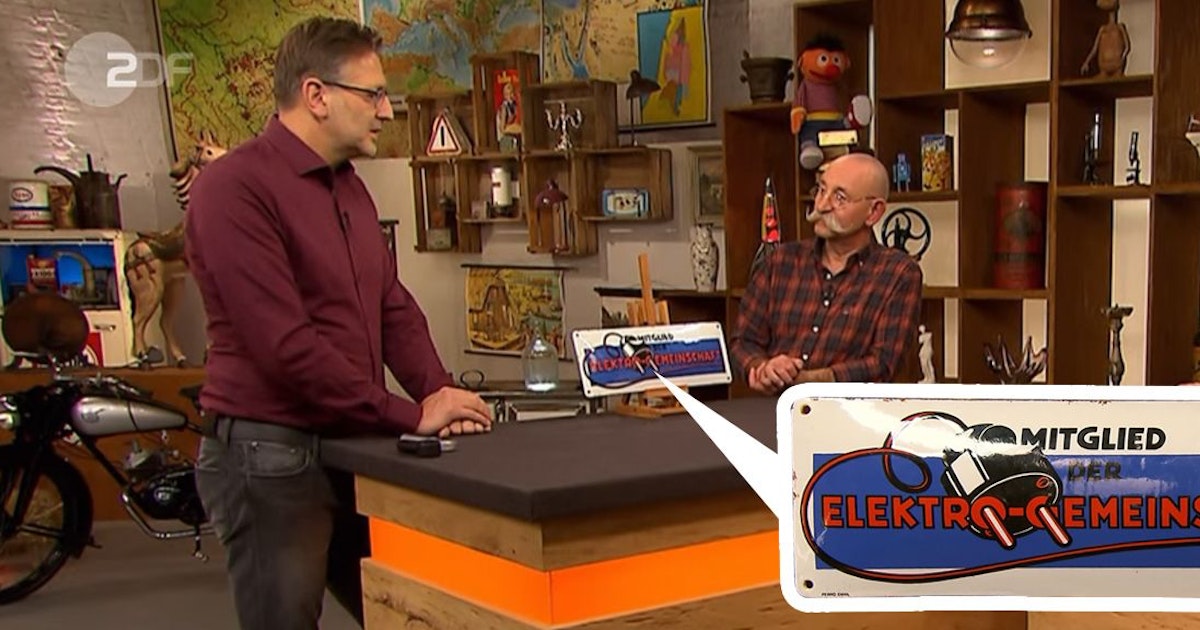 The junk show “Bares for Rares” on ZDF has millions of fans – and they are particularly happy about a phenomenon that gives everyone the hope of having a little treasure themselves: Sometimes it’s the inconspicuous objects that end up being really big bring coal! Two women who came into the studio with a mean-looking tin sign had to learn that now. Art expert Detlef Kümmel looked at the object extensively – and quickly realized: Nothing is ugly here! And later Waldi gave eight times the desired price…

“Bares for Rares”: This sign is eight times the desired price!

But from the beginning. Bianca Schuster and Silke Schröder brought the label to the junk show. “We didn’t want to put it up somewhere ourselves, the sign has no personal value for us. That’s why we thought we’d try our luck here.” The two come from Hagen, are close friends – and have already planned the money for a friendship tattoo. But first the shield, a gift from Bianca’s father, has to get past the expertise.

Now also read: Absolute madness at “Bares for Rares”: man finds painting on the bulky waste – the value of the picture will blow you away! >>

Detlef Kümmel takes a close look at the piece and first identifies the maker of the enamel sign. “Enamel signs are characterized by the fact that they are very weather-resistant. And there are differences: If it’s flat, then it’s also valuable, but the collectors tend to like the curved ones.” The shield of the two women is also such a curved one – the weather resistance of these shields is higher because, for example, rainwater can run off better .

Also read: Mega deal with “Bares for Rares”: Beer is now flowing from this Harley-Davidson engine – the dispenser is so expensive! >>

The design is a word-image motif – it shows a plug in a socket and the inscription “Member of the electrical community”. Specialist dealers could have previously advertised that they were members of that very community. “It was something special in the 1920s,” says Kümmel. “Because that’s when households started to have more and more electricity.” This sign, designed by a Berlin designer, dates from exactly that time.

Shock at “Bares for Rares”: SO MUCH does Waldi pay for the tin sign

Only one question remains unanswered: How much money do the two saleswomen want? “We would be satisfied with 50 euros.” Will Detlef Kümmel go with you? Not quite… “You can find prices for pieces like this, around 200 to 250 euros.” Crazy! Are retailers willing to pay that much?

Now also read: Absolute madness at “Bares for Rares”: man finds painting on the bulky waste – the value of the picture will blow you away! >>

Walter “Waldi” Lehnertz starts with 80 euros, but it quickly goes higher. 100, 120, 150 euros. Then the 200 falls, a little later the 300 euro mark. “I’ll do another 400, so that it’s quiet,” says Waldi. And gets the nod. “And I’m happy that it’s going to Waldi,” says Schuster. This means that the desired price has increased eightfold – and that makes the enamel sign a little treasure…