Danger of traffic jams at the weekend: A lot of return traffic 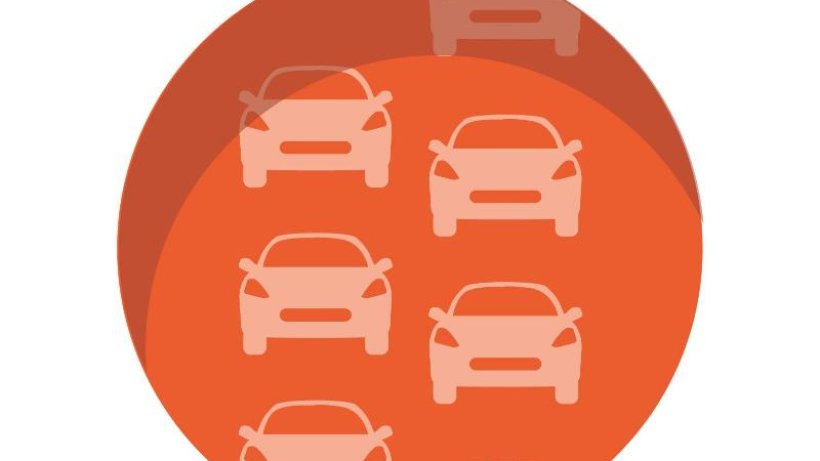 Danger of traffic jams at the weekend: A lot of return traffic

Many people returning from their autumn vacation are crowding onto the highways this weekend. Other vacationers are still starting.

Berlin / Munich. Many travelers have to expect traffic jams and waiting times this weekend (October 22nd to 24th) if they want to get on the autobahn. The autumn holidays are ending in North Rhine-Westphalia, Rhineland-Palatinate and Brandenburg, among others. In Thuringia, however, they begin, in other federal states they are still going on.

Of the Auto Club Europa (ACE) and the ADAC expect especially heavy traffic from return travelers. Especially on the southern German autobahns going north and west, on the routes from the North Sea and Baltic Sea and around the greater Berlin and Rhine-Ruhr areas, the highways are likely to get full, in their opinion.

As early as Friday noon it fills up on the motorways: Commuter traffic jams can occur well into the early evening. From Saturday lunchtime and on Sunday morning, the return routes fill up.

But it can also get crowded in the opposite direction: In the direction of the Alps and the coasts, travelers are still drawn to even outside of the holiday season. Although the volume has decreased noticeably compared to the previous weeks, the risk of congestion is still increased in the event of bottlenecks such as at construction sites, according to ACE – this applies especially on Saturday from 10 a.m. to 4 p.m. in the direction of the Alps.

Around 925 construction sites on the motorways

There can also be waiting times at the around 925 autumn construction sites on the German autobahns, which the ADAC has counted. It is also important to adapt your driving style to the time of year. Equipment with winter tires is now relevant again, especially when it comes to the low mountain range or the Alpine region.

Specifically, the clubs expect delays and traffic jams on the highways to and from the North Sea and Baltic Sea as well as around the metropolitan areas of Berlin, Hamburg, Rhine-Ruhr, Rhine-Main, Munich and on the following routes (mostly in both directions):

According to the ADAC, tourist traffic is also “brisk” at times on the highways in the neighboring Alpine countries. This also applies to routes in hiking areas. The Tauern, Fernpass, Brenner, Rheintal and Gotthard routes are at risk of congestion.

Due to snowfall in the high altitudes of the Alps, some passes are at least temporarily closed. The ACE informs about this highly current on-line. The website also provides information on altitude and gradient as well as information on suitability for caravans.

Waiting times are to be expected at the borders: spot checks are carried out on entry into Germany. You should always allow for 30 minutes, advises the ADAC. The Austrian Asfinag provides information about the waiting times at the German-Austrian border crossings Walserberg, Kiefersfelden and Suben online .

Foreign travelers should find out about possible restrictions and quarantine rules on the website of the Foreign Office inform. Even ACE and ADAC offer online information on travel requirements in connection with Corona within and outside of Germany. (dpa)

***
Have we aroused your desire to travel?
Current offers at the best price can be found on www.globista.de!