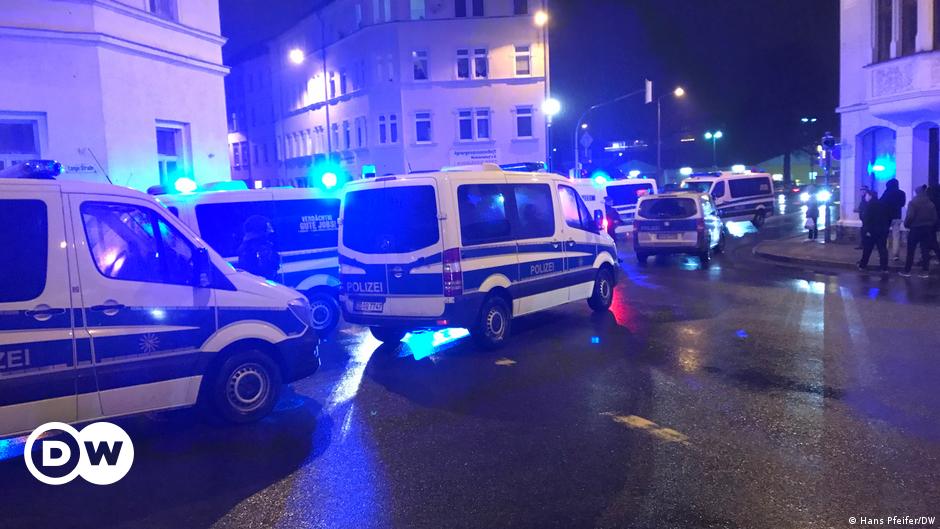 “I would shoot myself if I were you!” Yells an angry woman. Again and again. A chain of policemen with helmets and baton stands shoulder to shoulder in front of her. Police vans have cordoned off the street. One hundred officers are on duty. There is no getting through at this point for those taking part in the Corona protests. Hatred and violence escalate. A mob of dozens of men tried to break the roadblock and overrun the police. There are scuffles.

It’s Monday evening in Freiberg. And every Monday hundreds of people gather in the small Saxon university town to protest against the current Corona policy. Freiberg has become a German hotspot of protest. They call themselves “walkers”. They are calling for an end to the pandemic-related restrictions. And they are demonstrating against a possible vaccination requirement. Up to a thousand people meet this Monday and parade through the streets.

The protests are forbidden. Because in view of the high number of infections, a maximum of ten people are currently allowed to gather in Saxony. The protesters turned the ban into a game of cat and mouse with the police. Small groups meet scattered around a park in the Freiberg city center. In response to whistle commands and agreements, they then set off and join forces. If the resistance of the police increases, they will quickly spread again. Everywhere in the streets you can see restless groups of mostly young men who fuel the game.

On social media, they sell themselves as a neighborhood protest by the city’s angry and concerned citizens. They run too. But the march this Monday is dominated by brawny men wearing right-wing extremist clothes and hooligan outfits. “Many of them don’t come from Freiberg and have come all the way,” observes Astrid Ring. The journalist has been reporting on the protests for the Freie Presse Freiberg for months. “Today the atmosphere is particularly aggressive.” She is traveling with a photographer from the newspaper. Firecrackers are repeatedly thrown at him. Astrid Ring calls the editorial office to report arrests.

“I’m not alone here!” She assures the editor on the phone. The press is declared the enemy by right-wing groups in the field. “Sometimes I have the feeling that you are talking to me like I’m not human.” It can only rely on the protection of the police to a limited extent. The game of cat and mouse makes the situation in the city confusing. Everywhere scattered groups move through the dark city.

The police actually capitulated even before the forbidden assembly began. “It won’t be about arresting as many as possible,” explains a police spokesman in advance. There is a lack of manpower for this.

Because the minds behind the protests are strategic. The right-wing extremist group “Freie Sachsen” announces more and more simultaneous marches for Mondays. The police should be deliberately overwhelmed. The right-wing extremists organize the protest on the Telegram platform and incite hatred. Police officers are insulted as militias and mercenaries. Politicians and opponents declared enemies of the people. They are increasingly getting support from the AfD, which is partly anti-constitutional.

Growing resistance to the right

Sybill Matthes is worried about her city Freiberg. “The normal way of dealing with one another is no longer practiced,” complains the dentist. And that politics and the police did not put the forbidden gatherings in their place much earlier. “It almost got out of hand.” Now Sybill Matthes is protesting himself. Against the protest. 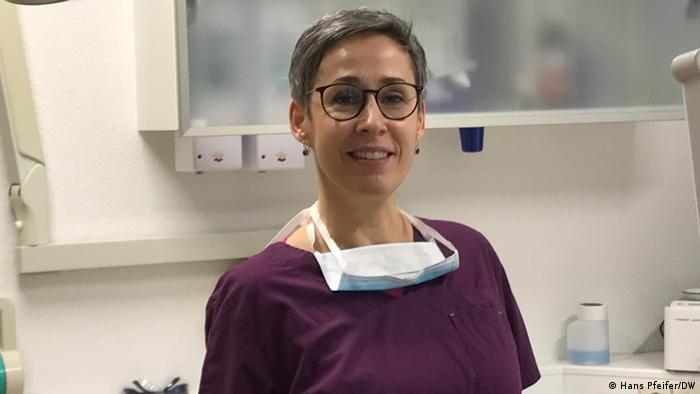 Show your face for democracy: the Freiberg dentist Sybill Matthes

She takes part in the “Freiberg for All” initiative. She wants to counter the street mob with something. More than 5,000 citizens of the city already support the initiative. Also the mayor, Sven Krüger. “It frightens me when politicians are threatened, things damaged and calls for breaking the law. For me, the red line has been crossed here,” he told DW. The supporters of the initiative see themselves as the actual majority in the city who no longer want to remain silent. In Saxony, there are now similar initiatives in many towns and communities. They, too, are increasingly finding support.

Their problem: they stick to the rules. And so their counter-protest on the street in Freiberg is only small. Because they meet the requirements of politics: a maximum of ten participants per meeting. Jenny Fritsche is one of them. She is troubled by the hatred and violence in the city. She is threatened because she campaigns against right-wing extremism. And the threats leave their mark. She speaks of a culture of fear in the city. She still feels privileged herself. “My friends from Syria and Afghanistan no longer dare to take to the streets here on Mondays.” 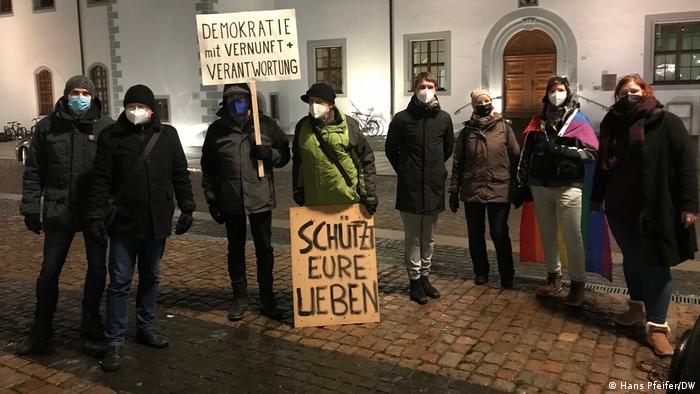 Protest by the “silent majority”: More and more Freibergers are resisting the right-wing marches in their city

Freiberg is still in good shape. In the villages around Freiberg, politically dissenters would be socially branded by right-wing and right-wing extremist groups. Like many committed citizens in the Saxon province, she wonders how long she can hold out. And whether it shouldn’t be better to move away, like so many other well-educated and committed people. Also because of the children. But she wants to stay until further notice. “Somebody has to do it,” she says.