Borja recovers the historical recreation of the Catholic Monarchs 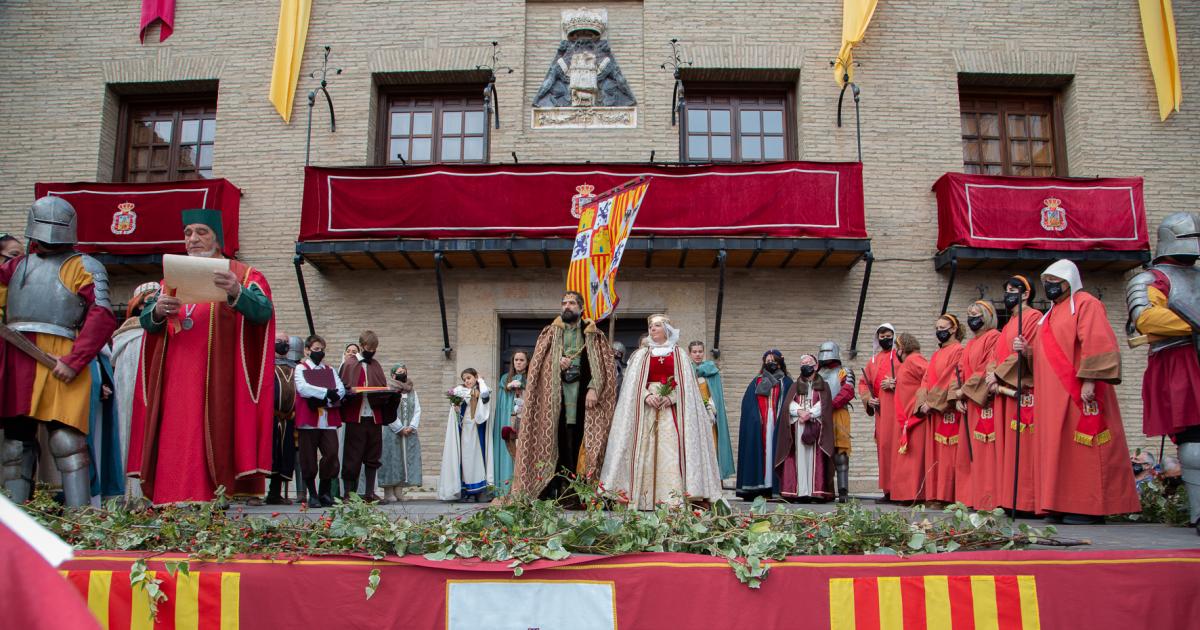 It has taken more than a year to wait, but finally the Borjan people have recovered the historical recreation of the Catholic Monarchs. Although it is normally celebrated in summer, and this time it had to be delayed due to the health situation, the low temperatures did not prevent the arrival of visitors and, according to the mayor of the town, Eduardo Arilla, there has been a good influx . From Friday until yesterday, neighbors and visitors could enjoy eshows, contests and, among other activities, a medieval market located in the park of San Francisco.

The representation was born in 2017 when the City Council and the Borjan Studies Center, together with academics and specialists in the history of the municipality, decided to publicize one of the most important moments of its past. Recreation, which has reached its fourth edition as it cannot be held in 2020, It goes back to 1492, when the Catholic Monarchs arrived in Zaragoza for various personal and political reasons., such as visiting the illustrious Borjano Mosem Juan de Coloma and Pedro Lázaro, savior of the King’s life in Barcelona.

More than 230 residents and 39 guests from other recreations participated these days, rigorously dressed of the period, in the interpretation of typical dances and theatrical scenes., such as the imposition by the monarchs of the Granas Bands. More than 50 events were held and Luis Zueco, a historical novel writer, was named Honorary Citizen. Above all, the festival is distinguished by the processions that take place in the streets during the night and during the day, decorated for the royal visit. There were also musical performances, children’s entertainment and parades.

Food and fight between knights

“The most important thing was to be able to do it again. It is usually in July but, although it has not been at the time that we all want, it has been wonderful. We have been very pleasantly surprised to see that they continue to visit us”Arilla explained this Sunday before concluding the last activities. He also said that, as often happens, recreation had a very positive effect on Borja’s hospitality.

To put an end to the three days of celebration, he said, a meal was organized in the Market Square and then, as a closing, a fighting tournament between knights was performed in the San Francisco park. In addition, during the weekend the dance groups and musicians They have visited the residences for the elderly to make them part of the party.