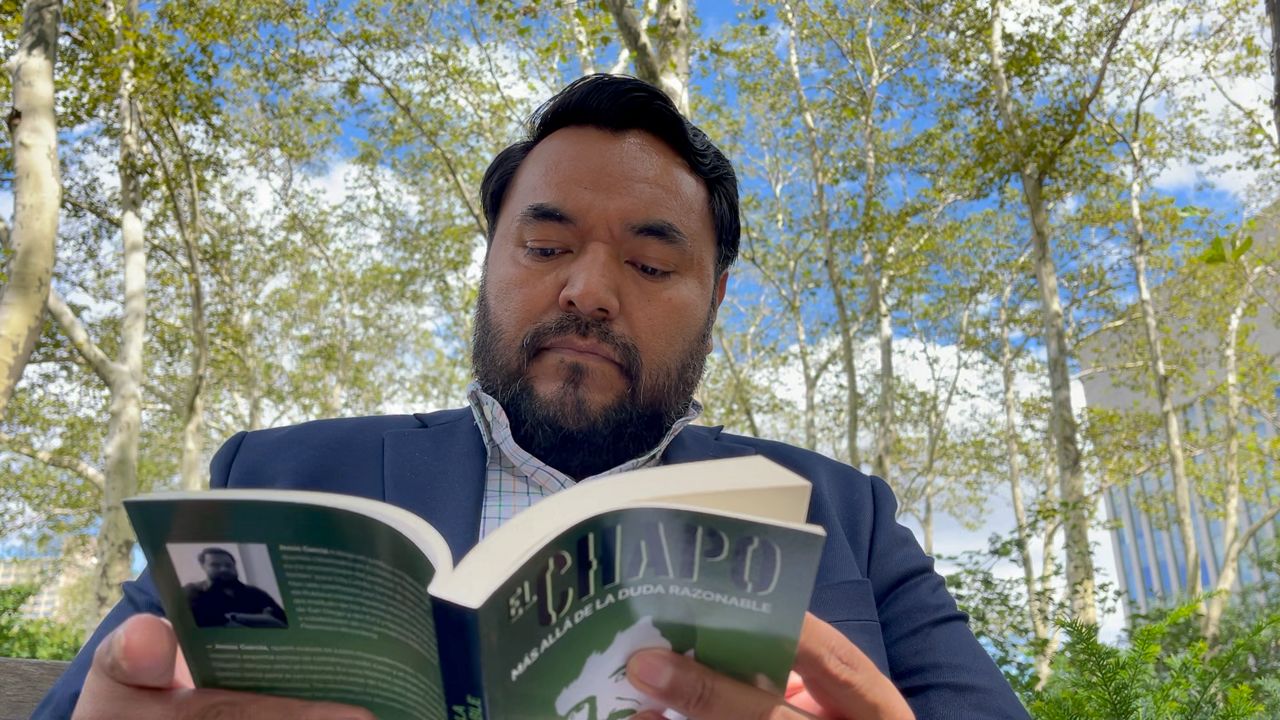 El Chapo. Beyond reasonable doubt is an account of the trial of Joaquín Guzmán Loera carried out in Brooklyn and is also a journalistic blog where its author, Jesus Garcia, shares the details of the coverage of this relevant event for the justice of Mexico and the United States.

“Guzmán Loera, as many of us already know, was a legend before arriving in the United States. Let’s say it was the main prize that the American justice system was seeking to obtain. So, the book is looking for exactly that: to explain how the prosecutors integrated all the witnesses, because there were 54 of them “, details its author.

García provides his readers with all the details of the evidence presented during the legal process, but also narrates the work of the journalists who – day by day – met in the Brooklyn courts.

“Well, a little to assess the importance and impact that Guzmán Loera’s trial had at that time: from where that patrol is and even this tree, it was full of journalists. There were tents throughout this area, full of journalists who They immediately went out to report to television, radio –national and international–. On the busiest days we found up to more than 100 journalists, “García details.

When asking this author of Mexican origin, if he considered that the legal process against Chapo Guzmán was the trial of the century. His response was: “Definitely, it is the trial of the century for the US because the Sinaloa Cartel is, let’s say, the main enemy of the US authorities and Guzmán Loera was the character who embodied the nemesis for the US judicial system. So Obviously, it was his prize. “

One of the most revealing passages in the book describes the strong security operation that the NYPD deployed in each transfer of ‘Chapo’ to court, because they did not want there to be the possibility of another of his spectacular escapes.

“You have to remember that Guzmán Loera was in prison in Lower Manhattan and there was an idea for him to stay in court, but it was very complicated. So, what they decided was to bring him every day, at dawn, so that he could be here. And they had to close the street that leads to the back of the court, which is where the security entrance is and you cannot enter through there if there are no special permits. “

Much has been said about ‘El Chapo’ and in the book there are testimonies that are little known. But Garcia revealed what was the detail that surprised him the most during his coverage of the trial.

“I think that the aspect that most people now know since this process intersects them and has followed it, is that Emma Coronel was involved in the escape of Mr. Guzmán Loera in Mexico. In that last escape that was the most impressive to dig that whole tunnel. How was it demonstrated? And that is precisely what surprised everyone the most: his compadre, Dámaso López Núñez, alias ‘El Licenciado’, said it during his testimony. And not only did he say it, there were letters from Mr. Guzmán Loera that they referred to it. These letters – at that time – we did not know about them; we learned about them precisely at the trial. “

And for those who want to know more details, El Chapo. Beyond a reasonable doubt, it is available in all electronic stores and bookstores in the country. And on the portal: escribanabooks.com