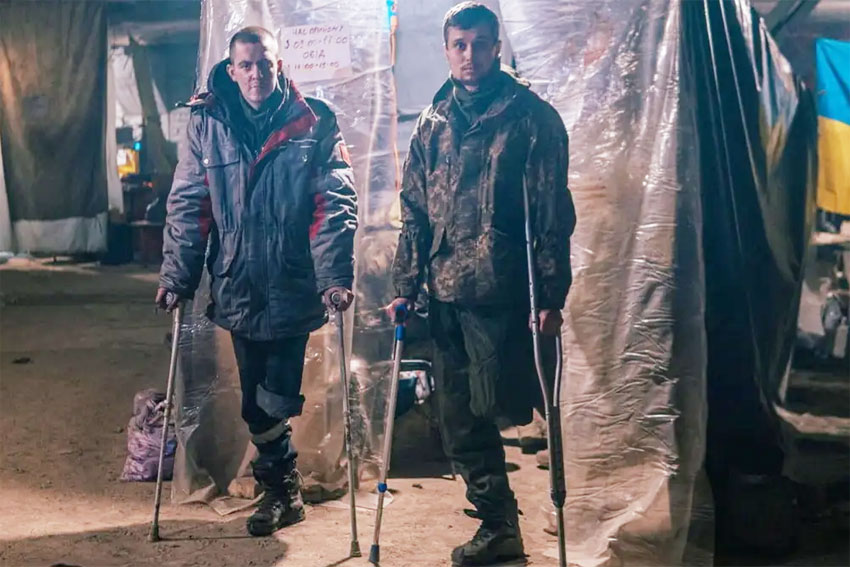 MARIUPOL – Fighters of the Azov Regiment, unit Ukraine hiding in the besieged Azovstal steel mill in the port city Mariupol , released photos of their injured comrades. They called on the United Nations and the Red Cross to evacuate injured personnel.

In a statement accompanying the photos posted on the Telegram channel entitled “Azov – Mariupol”, Tuesday (10/5/2022), they said that the wounded fighter lived in unsanitary conditions, with open wounds bandaged with remains. unsterile bandages, without the necessary drugs and even food.

As the AP reports, the statement said, that “the entire civilized world must look at the conditions in which the injured and crippled Mariupol defenders are and act.”

“We demand the immediate evacuation of the injured soldiers to Ukrainian-controlled territory, where they will be assisted and provided with appropriate treatment,” the statement continued. It also said that several hundred fighters were injured at the factory.

Two others were shown being treated by medics, and another had an external fixation device, which was screwed onto the broken limb to stabilize it, in his right arm. It is not possible to independently verify where the photos were taken or the identities of the people depicted.

The seaside steel mill is the only part of the strategic port city that has not been taken over by Russian troops. With tunnels of tunnels and bunkers stretching deep beneath the factory, hundreds of civilians had taken refuge there from the intense bombardment of their city.