Apple Mac ARMs cannot launch Windows via Boot Camp, at this time, because Microsoft’s license does not allow it

For years, Apple’s Boot Camp functionality has allowed Mac users to run Windows on their machine. But tests carried out by Apple have shown that this will not be possible for Macs based on ARM, which Tim Cook, Apple’s CEO, presented on June 22, during the opening keynote of WWDC 2020. We could not not booting these machines directly to an x86 version of Windows, which today’s Boot Camp does, said Craig Federighi, senior vice president of software engineering at Apple.

Technically, Windows 10 could run on a PC based on Apple Silicon, the new processors developed by the brand Apple. But Microsoft’s license does not allow you to launch the operating system on these new devices. For now, Microsoft only distributes the Windows 10 operating system on ARM only with Always Connected PCs, computers with a Qualcomm Snapdragon processor. 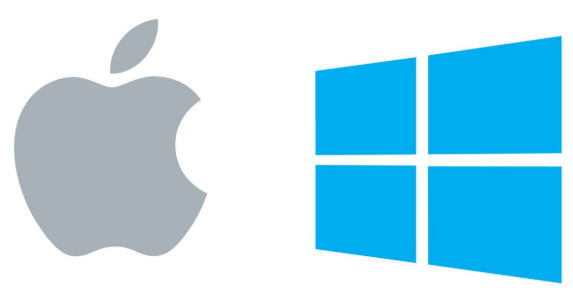 If Microsoft does not change its license for Windows on ARM, Mac users will have to keep a device running with an Intel processor, which Apple will still produce before the end of the Intel-Apple Silicon transition, expected in 2022. And even if Microsoft changed Under its license, Apple should create Windows on ARM drivers so that the operating system can run on Apple Silicon Macs. However, Apple has promised to continue supporting and releasing new versions of MacOS for Macs based on Intel for the coming years.

In addition, Boot Camp is still present in macOS Big Sur, the new operating system for Mac presented during the opening keynote of WWDC 2020. But it is not listed in the list of applications compatible with Apple Silicon.

However, this impossibility to launch Windows 10 on ARM on new Macs, which will be released before the end of this year, remains provisional, given that Microsoft is one of the first editors convinced by Apple Silicon. Indeed, the native version of Microsoft Office already works on Apple brand processors.

Do you use Windows on a Mac? If yes, what is your opinion on this impossibility to run Windows on Mac?

In your opinion, if this impossibility becomes permanent, what would be the consequences for Mac owners using Windows?

WWDC 2020: Apple announces that future Macs will be equipped with its own processors, instead of those of Intel, a historic moment, according to Tim Cook

The most recent MacBooks will not be able to install Windows 7, via Boot Camp

Apple plans to announce WWDC that it will switch from using Intel processors to its own ARM-based chips, the first Macs without Intel would be scheduled for 2021

And if Apple had created Windows 10, would it have been better or worse? Here’s a glimpse of Windows 10 if it was designed by Apple

Microsoft releases details on Windows On ARM, the decline of its OS for tablets

Eleven meters – Attention, the derby is always the derby. From Genoa further signs of growth. Paratici’s green line to extend the...

Juve seen in Genoa bodes well, the bianconeri are undoubtedly in constant and continuous growth. Against the rossoblùs...
Read more

Experts displeased with dancing at parties: “Especially if you …

A fire occurred in the industrial zone in Pushkino near Moscow :: Society :: RBC

The Leo Express train with 150 people collided with a traction line. Traffic on the main line near Perov is peruen | ...

During its career, the Hubble Space Telescope has taken thousands, if not millions, of pictures. But not all...
Read more

Eleven meters – Attention, the derby is always the derby. From Genoa further signs of growth. Paratici’s green line to extend the...

During its career, the Hubble Space Telescope has taken...
Read more
Technology

The Bradery, a committed platform which contributes to the revival of fashion

The final price of the PS5 finally revealed by an informant!

Little by little, information from the new PS5 is...
Read more
Technology

Faced with the rapid spread of the coronavirus, especially...
Read more