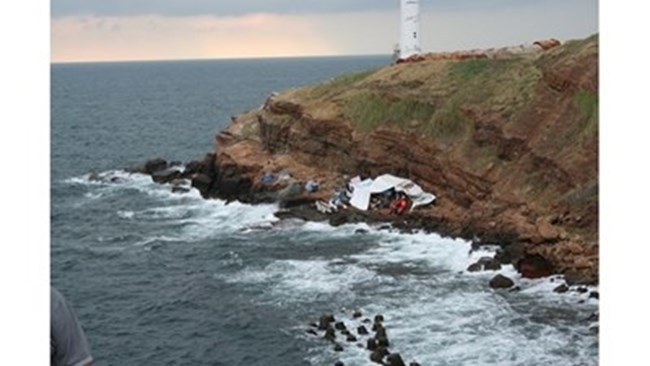 As a result of the actions of the Ukrainian army, a Russian supply ship in Snake Island was engulfed in fire. This was announced by the spokesman of the military administration in Odessa Sergei Bratchuk, quoted by BNT.

It is not specified what exactly were the actions of the Ukrainians, but the information has been officially confirmed, our special envoys in Odessa Alexander Markov and Stanislav Zlatev reported.

The battle for Donbass continues. Four people were killed in rocket attacks and shelling of Sumy and Chernihiv regions. Russia also fired four missiles at the Kremenchug oil refinery. The refinery was hit by the same missiles earlier in the war.

The oil base has already stated that it will not be able to resume operations until the end of the year, which means that the energy crisis in Ukraine is likely to deepen.

Earlier today, our team visited the village of Ploskoye, 50 km east of the capital Kyiv. People there told how they lived for 10 days with the Russian soldiers who entered the village.