The company announced Camel Yesterday – during its developer conference WWDC 2020 – about the operating system (iOS 14) that includes many New features, Such as: an app library feature that groups applications into special folders, new ways to customize the home screen, add tools and message improvements to stay in touch inside, and much more.

Although some features of the system (iOS 14) may appear new to users of iPhone phones, but people who are familiar with the operating system Android It will look old to them, as many of them have already been available on Android devices for years.

Here are 7 new features in iOS 14 from Apple adapted from Android:

IOS 14 comes with the biggest change in the home screen of the iPhone, as the main screen (controls) includes new Widgets that allow you to customize the phone interface, and quickly access certain functions, such as: see weather information using the weather tool, or switch music tracks Using the music application tool. But this is an essential feature of Android since it first appeared in 2008.

Apple added a feature called (Smart Stack) that includes a variety of items in one rectangular box, and you can swipe through these elements, such as a group of cards.

In iOS 14, Apple introduced a new translation app designed for use in instant chats, which can translate between 11 languages, including: English, Arabic, Chinese, French, German, Korean, Italian, and Russian.

At the end of 2019; Google launched a new feature in its voice assistant; It is the Interpreter Mode, which allows you to have simultaneous translation while talking to another person who speaks a different language in up to 44 different languages, including Arabic. 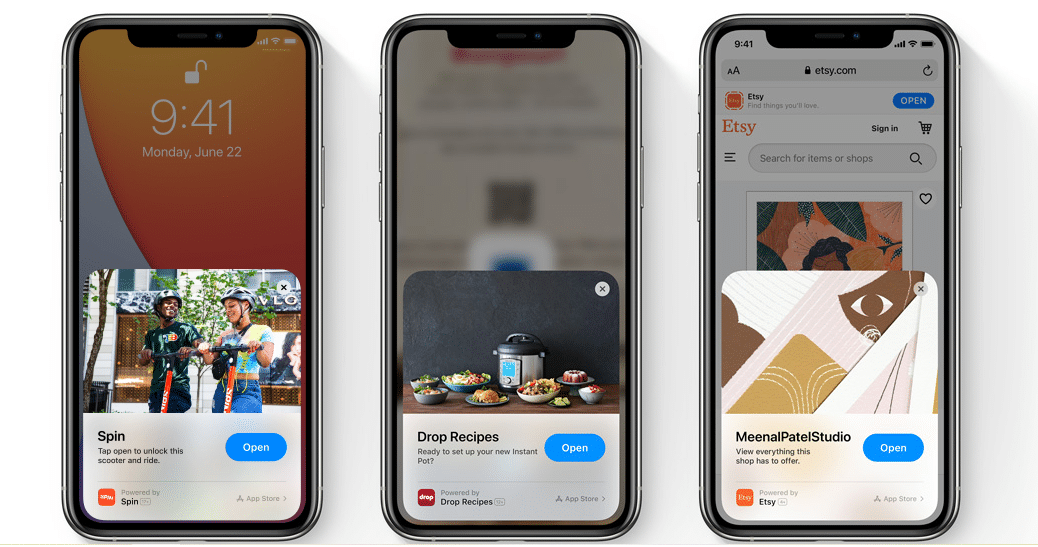 In iOS 14, Apple added a new feature called App Clips that allows users to access small extracts of applications quickly, without downloading them from the store. To facilitate some transactions, such as trying to pay for a parking spot, or buying a ticket for the party.

The application clips can be accessed through the application library, or by scanning the QR codes or via the NFC feature, and this feature is compatible with (Apple Pay).

Google introduced a similar feature called Instant Apps in 2016, which allows users to run light apps and games without having to install them.

Another part of the redesigned Apple Home screen is the App Library, which organizes your apps into groups and menus. This means that on iOS 14 users can also hide apps from the home screen. This is similar to the App Drawer feature on Android.

Apple also announced a new feature in iOS 14 called (Image in Image) that allows users to watch the video while using other applications, as the video works in a small window anywhere from the main screen, and you can hide the PiP player in a sidebar, If you want to hide the video while continuing to play the audio.

But this feature is available on the Android OS since the release of (Android 8.0 Oreo) In 2017.

One of the old iOS complaints was the inability to set third-party apps as default apps, for example: you can’t set Gmail as the default mail app, or if you have the Google Chrome browser installed as the web browser you prefer to use, clicking on Any link will always open it in Apple’s Safari without any way to change it.

But this has finally changed in iOS 14 with a feature available that allows users to now set their default email and browser apps. 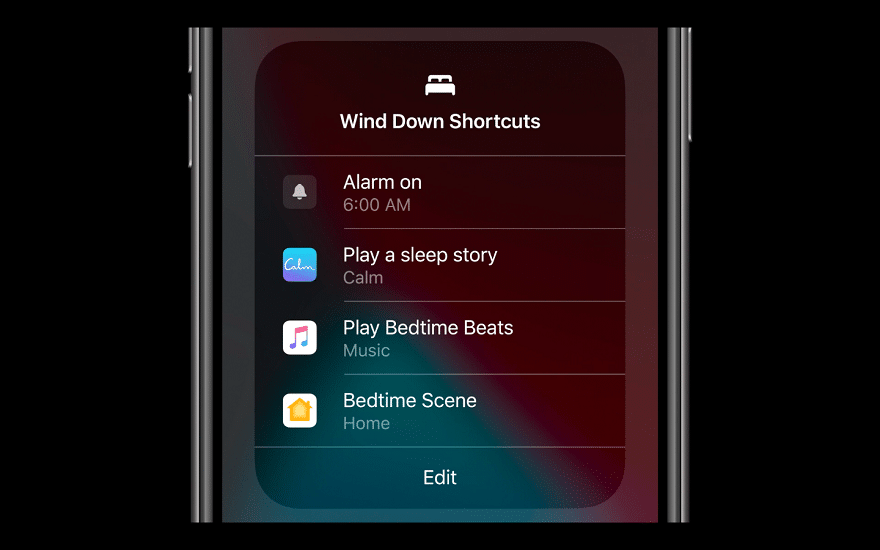 Another new feature, Apple has announced (Wind Down) mode that helps users get ready for sleep. This feature, which works with the iPhone and Apple smart watch, allows you to specify the desired sleep time and waking time, and set your phone to the Do Not Disturb mode. There are also options for adding shortcuts for meditation or playing quiet music.

Google does not have a dedicated app for that, but there is a way to set up a bedtime routine through the Google Home app, as Google announced at the beginning of this month a number One of the tools aimed at improving the quality of sleep For Android OS users.

"Unfortunately there are no 1,000 peso bills. The Casa de la Moneda is issuing everything...
Read more

He succeeded in a lawsuit before the Municipal Court in Prague, according to which his dismissal was not in...
Read more

Louisiana chooses a Democrat as its new governor

He succeeded in a lawsuit before the Municipal Court...
Read more

Mafia remake has been postponed to September 25 – Gaming – News

Already TKDN, Oppo is Ready to Launch Reno 4 in Indonesia

After the arrival of the Apple AirPods 2, we...
Read more