the connected watch could be announced on July 22

Among the various press releases of the Samsung Galaxy Watch 3 unveiled by Evleaks, an image indicates the date of “Wednesday 22”. A date which could correspond to that of the announcement of the connected watch. 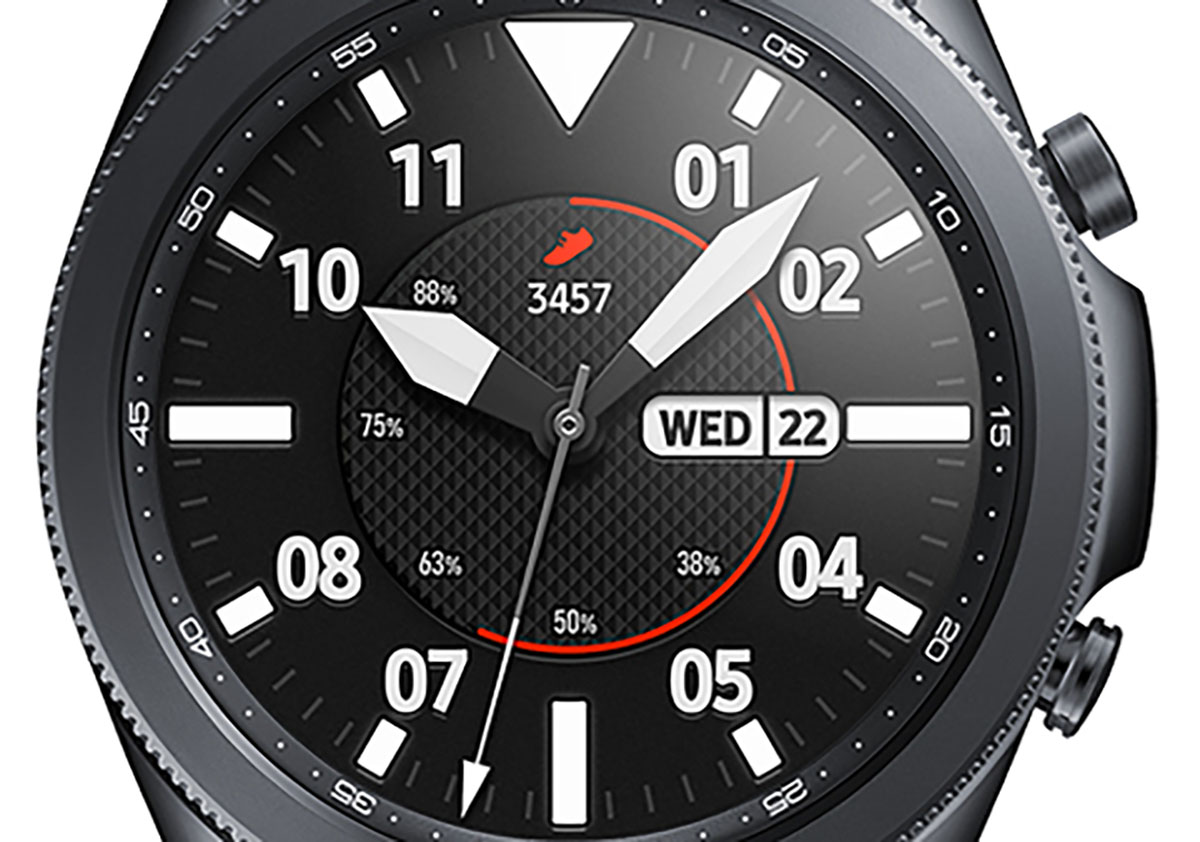 In recent days, leaks have multiplied about the Galaxy Watch 3, the next connected watch from Samsung. Indeed, the leaker Evan Blass, better known by the pseudonym Evleaks, has published several images of the smartwatch. What also give some clues regarding its release date.

Among the various press releases of the watch unveiled by Evleaks, one of them, for the completely black version, reveals a date. We can indeed read on the dial the mention of “WED 22”, which corresponds to Wednesday 22. Now, as indicated by the Sam Mobile site in an article published on Tuesday, the 22 will actually fall on a Wednesday in July . Which gives a little credit to a likely official date of the Samsung Galaxy Watch 3.

Indeed, Samsung has taken the habit, on the official images of its watches, to indicate not the date of commercial launch of the products, but indeed that of the officialization. On the Samsung Galaxy Watch Active 2, we could thus discover the mention of “8/05”, that is August 5. The watch was only made available a month and a half later, on September 27, 2019.

We have known for a few weeks that Samsung plans to announce a slew of new products during the months of July and August. In addition to the Galaxy Watch 3, the manufacturer should present two new tablets, the Galaxy Tab S7 and S7 Plus, four new smartphones, the Galaxy Z Flip 5G, Galaxy Note 20, Galaxy Note 20 Ultra and Galaxy Fold 2, as well as headphones true wireless, the Galaxy Buds Live.

A watch that must be accompanied by headphones

If most of the products should be announced at the same time as the next smartphones in the Galaxy Note range, on August 5, this would not be the case with the Galaxy Watch 3 watch. Indeed, it would be presented from the month of July, accompanied by headphones in the shape of beans with the uncertain name of Galaxy BudsX.

The Samsung Galaxy Watch 3 should succeed the Galaxy Watch Active 2, launched in August 2019, at the same time as the Galaxy Note 10 range. It could be equipped this time with a real physical rotating bezel, as on the first Galaxy Watch. The connected watch should be available in two formats of 41 and 45 mm. She would benefit from a GPS chip, a heart rate sensor, an electrocardiogram and an NFC chip for contactless payment.

If it will still be necessary to wait a few weeks before an official announcement, the watch could be launched later still by the Korean manufacturer, probably in August, even early September.

outnow.ch1/7Excerpt from a Winnetou film from 1963: The Indian belongs to the cultural heritage.2/7Winnetou is a literary figure by...
Read more

– Becomes the most intimate evening performance ever – VG

Fans of motoring also finally survived. The next Formula One season finally begins with our southern neighbors...
Read more

In a coma because of the contraceptive pill

Coronavirus in Argentina: confirmed nine deaths and the total of deceased amounts to 1490

The National Ministry of Health reported in its daily report of every morning nine deaths...
Read more

Great Concealer. How the absolute majority of Putin’s amendments were forged

At the end of the seven-day amendment vote, the CEC announced that almost 78% of Russians supported Putin's initiative...
Read more

outnow.ch1/7Excerpt from a Winnetou film from 1963: The Indian...
Read more

– Becomes the most intimate evening performance ever – VG

85 years ago, Karel Čapek went to the Alps. Škoda Popular then brought the newlyweds to the wedding