Reveal why diamonds rain on Neptune and Uranus – News story

A 2017 study said that 200-kg diamonds rain down on Uranus and Neptune and that this astronomical phenomenon occurs about 8,000 kilometers below the surface of both planets.

Although the planets differ from each other, the cases of Jupiter, Saturn, Neptune and Uranus can be used as natural laboratories for the physics of matter at extreme temperatures and pressures.

Mystery on the red planet 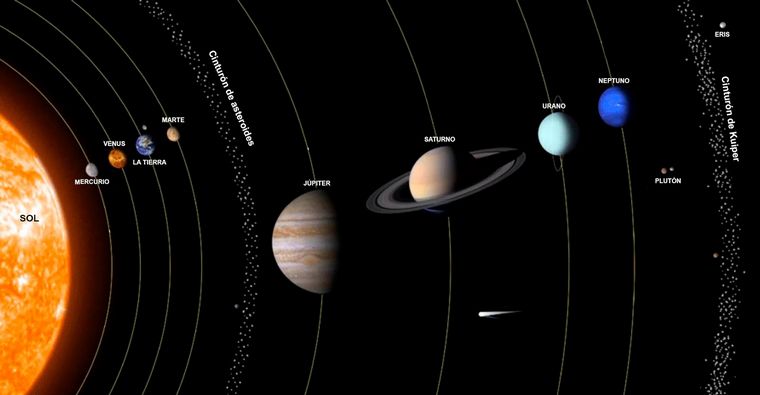 That’s why an international team that includes scientists from the SLAC National Accelerator Laboratory (USA) developed a new experimental setup to measure how chemical elements behave and mix inside the frozen giants.

Neptune and Uranus are certainly two of the least understood planets in the solar system, because apart from being very far from Earth, only one space probe, the Voyager 2, approached for a flyby, and no dedicated long-term mission was ever dispatched.

The new hypothesis as to why diamonds may rain down deep in the hearts of Neptune and Uranus is based on the fact that the intense heat and pressure thousands of kilometers below the surface of these ice giants should separate the hydrocarbon compounds, with carbon compressing into diamond and sinking even deeper into planetary nuclei.

The experts conducted experimental tests using the Linac Coherent Light Source (LCLS) X-ray laser for more precise measurements of how this “diamond shower” process should occur, with a pressure of approximately 1.5 million atmospheres and a temperature of 4,730 ºC, discovering that the carbon directly becomes a crystalline diamond.

Laboratory tests showed that at least a quarter of the carbon groups bind together. And in those groups, carbon becomes their strongest disposition: diamonds.

“This research provides data on a phenomenon that is very difficult to computer model: the ‘miscibility’ of two elements, or how they combine when mixed,” said Mike Dunne, director of the LCLS.

“In the case of the ice giants, we now know that carbon almost exclusively forms diamonds when separated and does not take on a fluid transitional shape,” said Dominik Kraus of Helmholtz-Zentrum Dresden-Rossendorf, co-author of the paper published by the magazine Nature Communications.

The diamond shower on Neptune and Uranus plays a fairly important role in the internal energy balance of these distant planets. The newly created diamonds would sink, generating heat as they slowly rub against the dense material around them; this would allow the planets to maintain a warm interior.

Leoš Mareš exchanged the O2 arena for summer cinemas, unexpectedly this move paid off for him!

So far this year, gold and bitcoin have risen the most, and the drop in oil will enter textbooks

Gold price at its highest level since the end of 2011

FilGoal | News | A strong dialogue between Al-Janaini and Majid Sami because of the return of al-Douri and the opening of...

Should we be alarmed? Nearly two months after the lifting of the main containment measures, the quantity of...
Read more

Leoš Mareš exchanged the O2 arena for summer cinemas, unexpectedly this move paid off for him!

So far this year, gold and bitcoin have risen the most, and the drop in oil will enter textbooks

Trailer: Racing in Africa with WRC 9