Google will add an advanced caller ID to Android

Google’s vast capabilities allow her to do things that many of her competitors can only dream of. If you remember, it was she who first realized portrait shooting on a single camera, improved digital stabilization so much that it became no worse than optical, and taught the smartphone to recognize gestures in the air. I’m not talking about a well-functioning system of combating spam and unwanted messages, which are successfully used in branded mail and SMS clients from Google. The only thing left is to integrate calls into the application for Android normal caller ID.

Google will have its own caller ID

Google is working on an advanced numbering feature right now, which will be part of the app. “Phone” for Android. And her advancement lies in the fact that she will be able to determine not only the ownership of the phone number from which the call is received, but also the purpose of the call. This will allow users to know in advance who and, most importantly, why they are calling, in order to make a decision on the basis of the available information on whether to answer an incoming call or better to ignore it and not pick up the phone. Verified calls will determine not only the ownership of numbers, but also the purpose of the call

In order to realize this function, Google organized the “Verified Calls” campaign, in the framework of which it plans to collect information about hundreds of thousands of institutions and enterprises. Moreover, data collection will be conducted not in passive mode, but in active mode. That is, companies themselves will be able to go through the so-called verification procedure, helping Google to add them to their database. Verification data will include information on the direction of the companies, their phone numbers, possible goals of calls and other related information.

As a result, when the user receives a commercial call, the entire necessary spectrum of data will be displayed on the screen of his smartphone, which will allow him to decide whether to answer the call or not. In addition to the number, the Phone application will display the name of the company, for example, Rostelecom and the purpose of the call, for example, installing a router. All calls from verified companies will be recorded on Google’s servers for verification, and upon completion of the conversation will be deleted in order to ensure user safety. 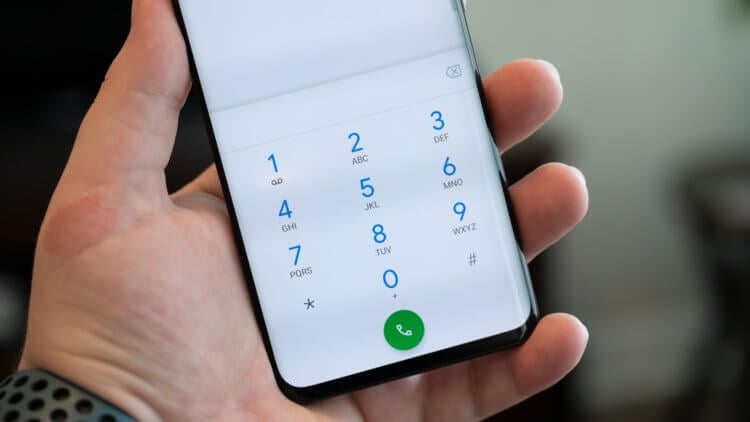 Yandex also has a caller ID, which, in my opinion, works even more efficiently than what Google offers

Of course, the development of Google deserves respect, that’s just the Russian Yandex for a long time implemented something similar at home. The domestic search engine did not force the company to pass verification, but used the crowdsourcing model. That is, it allowed users to create a database of incoming calls themselves. The result is roughly the same, but better. Not only that, the Yandex application learned to determine the ownership of numbers, but at some point he had the opportunity to warn about the purpose of the call. For example, delivery of goods, advertising of banking services or just an unwanted call.

In my opinion, the technique that Yandex has chosen is preferable to that of Google. Therefore, by the way, I myself use the domestic solution. After all, it is logical that fraudsters will not be verified by the search giant, and the crowdsourcing model, which allows people to determine the numbers themselves, makes it possible to add calls from fraudsters to the database and notify all subsequent users about them. The result is the most informative and, most importantly, practically inexpensive system for determining numbers, which does not imply the active participation of commercial companies.

Which states of the USA are the next hotspot

“They call for crack that Messi does not want them to sell”: in Spain they say that Lio would stop Vidal goodbye | ...

“ Hidden epidemic ” after Covid-19: scientists sound the alarm like strokes, nerve damage reported even in mild and recovering cases

The research, published Wednesday in the journal Brain, causes reading to be pondered because doctors may miss signs of...
Read more

The cantor praised the attack on Facebook. He was threatened with up to 15 years in prison for...
Read more

Which states of the USA are the next hotspot

“They call for crack that Messi does not want them to sell”: in Spain they say that Lio would stop Vidal goodbye | ...

In 2006, long before the Forza Horizon series on...
Read more
Technology

Moto G 5G Plus: Motorola’s second 5G smartphone is also the cheapest at the moment

Motorola returns with a new smartphone from its Moto...
Read more
Technology

iOS 14: the second beta is available